This day last week we went to the King Power Stadium, Leicester to watch our team play West Ham. The game was tight and as we have come to expect, some decisions didn’t go our way, but that’s football after all! Young Daniel Amartey sustained significant injury to his ankle resulting in him being stretchered off and undergoing subsequent surgery to stabilise the damage.

After the game, our journey home was uneventful, listening as we always do to Radio Leicester’s post-match updates and the usual stream of consciousness from other supporters on the phone in. We heard Claude Puel give his report on how the game panned out from his view (well nearly all of it) after we were informed that the Chairman’s helicopter had safely landed on the centre circle as is reported around half an hour following the end of every home game.

It was only when my husband received a message asking if we were ok, shortly after we returned home, that we began to piece together what had occurred after we were out of range of the radio broadcast. At that point and for many hours afterwards, the details relating to those likely to have been on board the helicopter at the time of the accident were sketchy. Confirmation, when it was received led to much grief and an aura of great sadness descended. On Monday morning we drove back to the King Power to pay our respects and leave a memento in honour of Vichai Srivaddhanaprabha, the club owner and all those who were on board. Media presence was subtle and so when we were approached to be politely asked by Paul Gilmour, Sky Sports reporter, it was a surprise.

Throughout this week the media have continued to follow developments and report them to us. This afternoon saw the team resume their role and secure a 1 – 0 victory at Cardiff, prior to many of the players boarding a flight for Bangkok, where they will attend part of the 7 days of funeral ceremony for Vichai at a Buddhist temple.

There are many other people across our locality, country and further throughout the world who have endured much greater sorrow within this same period of time and my thoughts are with them also. Our lives are fragile – we know neither the day nor the time of our death. Remember that every moment is precious and share your love with the people who matter each time you have to part. 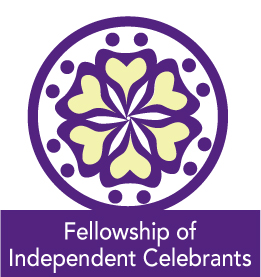